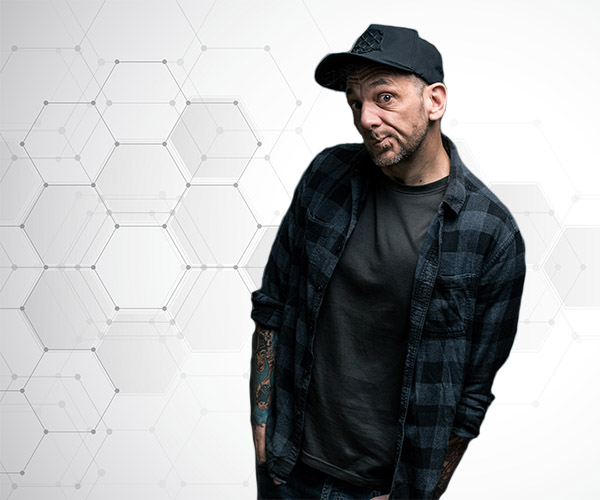 Richard Mulholland, the author of Legacide, is not afraid to let his personality shine through. On his personal website and LinkedIn profile, his opening statement is that he started off his career as a rock ‘n roll roadie where he managed the lights for internationally acclaimed bands such as Iron Maiden in addition to Def Leppard.

At the tender age of 22, Richard started up Missing Link. This is a global presentation firm and operates out of Johannesburg South Africa. The company specialises in teaching customers how to turn small ideas into big results.

The second business that Richard developed is HumanWrites. This is a Cape Town-based social entrepreneurship venture which – according to www.richardmulholland.com – is attempting to save the world ‘one notebook at a time’. The premise behind this business is that for every one of the notebooks which someone purchases for their ideas, the company give a child a pack of five storybooks so that they can nurture their own stories.

He also co-founded 21Tanks, which is South Africa’s very first perspective lab. Their simple mandate is identifying true problems in organisations and assisting them with fixing these.
In addition to this, Richard is a highly acclaimed speaker. When he is not addressing many of South Africa’s top corporations, Richard guest lectures on courses for tertiary institutions such as The Cape Graduate School of Business (GSB) as well as the Gordon Institute of Business Science (GIBS). Regarding his publications, Richard blogs on richmulholland.com, is a columnist for the Longevity and Destiny Man magazines.

Richard has received a number of accolades. He was voted as one of:
• The Mail and Guardian’s Top 300 Young South Africans that you should take to lunch,
• Destiny Man’s Top 40 under 40.

He is a well-known global speaker. He has spoken in many countries including such as, Puerto Rico, UK, USA, Germany as well as Kenya. Richard provides presentation coaching to many CEOs and TED speakers. He is now 100% focused on changing the way the world presents in his role as co-founder of LeadrSpeak.
Legacide makes the point that you need to innovate in order to remain competitive. Innovation is not about altering your product. It’s about altering your mindset. It’s not about doing something that is new. It’s about stopping doing something old.

This entire author-led course rehashes these two sentences in as many ways as possible. Richard Mulholland was able to accomplish this in around 120 pages. He is saying that changing the legacy mindset is easy, but it’s so worthwhile. The author-led course, Legacide, hopes to do just that.
Here is what some students said about the course:
“I enjoyed the format of having a few small modules. It is extremely easy to learn from and follow. The information is to the point and I even found my self laughing a couple of times! The premise of this author-led course is to break away from legacy thinking/doing, and change things. Richard presents an idea, then gives examples of small practical things that can be done in order to carry out this idea. He also urges you to change your habits.”

“Richard Mulholland’s author-led course was amazing! It is a quick, fun and thought-provoking course. Make sure you have a pen with you when going through this course as you’ll want to make a tonne of notes. There is some really smart thinking in this author-led course. If you’ve ever seen Rich speak or had lunch with him, you’ll read this and hear him talking you through his course.” 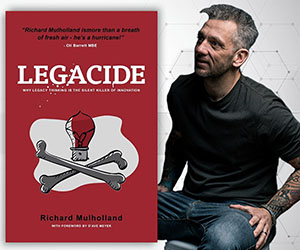