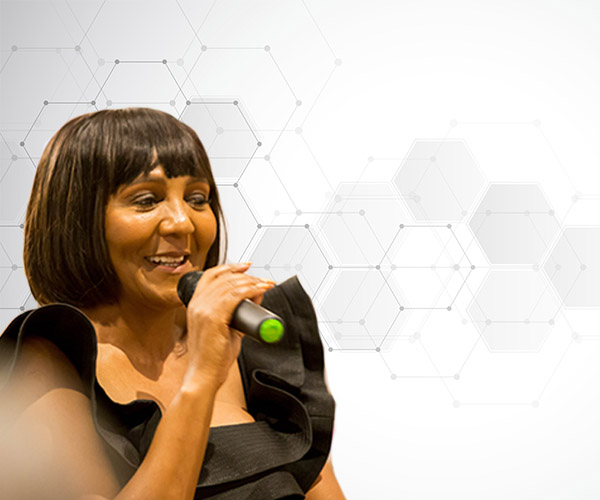 Ndileka Mandela – the eldest granddaughter of Nelson Mandela – is a social activist, the founder and head of the Thembekile Mandela Foundation (TMF) as well as a former ICU nurse.  In addition to her work with TMF, she is a shareholder in Electric Life (Pty) Ltd, the CEO of MANDROLLI Auto (Pty) Ltd and an advisory board member at the Crypto Credit Society. Hailing from the Eastern Cape, Ndileka currently resides in Johannesburg.

She founded TMF to promote health and education programmes and named the foundation in memory of her late father, Thembekile Mandela, who was killed in a car crash over 50 years ago. His father, Nelson Mandela, was incarcerated on Robben Island at the time and was not allowed to attend Thembekile’s funeral.

Ndileka founded TMF because she felt that the children of struggle icons have been easily forgotten so she wanted to immortalise what her father stood for so that she and her children – and many others – could emulate him and carry on the work that he was doing.

For many years, Ndileka found herself being overshadowed by the legacy of being a Mandela. “For a large portion of my life,” she says, “I have felt invisible to the broader public as an individual simply because I carry the last name of one of the world’s most beloved icons. This feeling of invisibility, I believe, has been compounded by being almost cast out of the personal history of this great man, uTata, as he’s affectionately known by South Africans.”

However, she cast aside the shackles of her ‘invisibleness’. Says Liaqat Alli Azam, Director of Leading Like Mandela, in the foreword to I am Ndileka: “The world watched as Ndileka became the first Mandela to publicly made a stand to hold our leaders accountable, to be a voice for the people, a moral conscience to remind our leaders and the people of our nation to lead, to live and to act in alignment with the values of her granddad and the founding mothers and fathers of our glorious nation and our democracy.”

Ndileka made the bold move to write the I am Ndileka course to confront her family’s history so that she could become the person she is today:

“I want to confront some of my ghosts through this course and finally lay them to rest. Contrary to popular belief, people think that being from this family is a walk in the park and that we perhaps do not go through the same challenges as everyone else. My life has been a labyrinth of highs and lows and I’m still standing. I thank God for that and my ancestors for all their intercessions. I am the sum of all the decisions I have made so far, good and bad.” 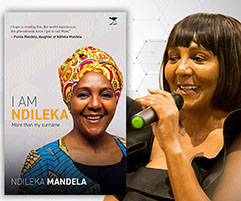