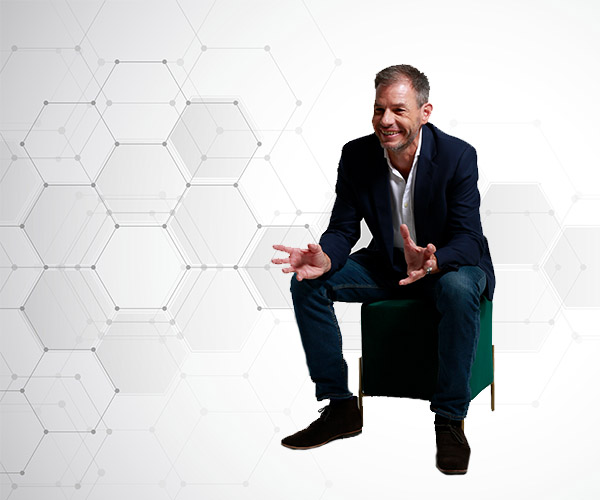 Ian Russell is currently an independent, freelance business advisor, speaker and professional non-executive director.  Ian’s rise to South African prominence came off the back of his role in architecting and executing the Telkom turnaround from 2014 to 2018, during which time he oversaw massive restructuring work, significant investments in South Africa’s digital skills landscape, and worked on pivoting the core business away from telephony into true technology services.

Ian’s most recent corporate role was as CEO of BCX, Africa’s largest technology company, with a turnover of $2bn and a workforce of 10,000.

Having been there, done that, Ian retired from mainstream corporate life in 2018, and wrote the bestselling, down to earth, business book: The Other End of the Telescope. In the book, Ian shines an irreverent but hard-hitting spotlight on the absurdities of getting things done in large business, examines the loneliness and tough realities of leadership and seeks to understand why we make our lives so difficult at work.

As a consequence of the book’s success, Ian has become a highly in-demand keynote speaker for private corporate events (such as Absa, MTN, Ethos and Aspen) and public, ticketed platforms, such as Heavy Chef and the World Economic Forum.

During 2019, Ian addressed well over 10,000 people in Europe, Asia, and Africa on topics such as “Fuzzy Logic”, “Organisational Cholesterol: Silent Killer”, “The Past is a Foreign Country: they do things differently there” and” Fighting Fire with Fire: the Untold Fintech Story”.

Ian is in demand as a professional, independent non-executive director by companies looking for no-nonsense, insightful and experienced views on performance, with a specific focus on creating a framework within which the CEO and management team can best interact with a professional, and constructive Board. Ian currently sits on the Board of four privately held, sizeable businesses.

Ian also works as an independent business advisor and coach to Boards and CEOs looking for support and guidance on turning around business performance, and especially focused on how established, incumbent businesses can use their assets to fight off digitally native disruptors.

Ian’s passion for education and giving back shines through in his work with Christel House, a not for profit school based in the Western Cape.  Christel House has 1,000 pupils from the poorest areas of the Cape and focuses on using education to break the cycle of poverty. Ian is not only the Chair of the Board of Christel House, but pledges 100% of all royalties from The Other End of the Telescope to the school.  In 2019, this amounted to over R120k – enough to educate 4 children for a year at the school. 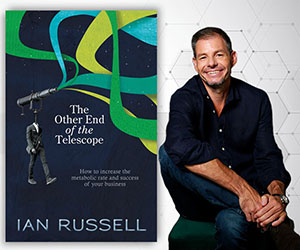 Other End of the Telescope